If you've ever been to Kraków or if you are a resident of this beautiful city then you are probably familiar with this building.

The Forum Hotel in Kraków was designed by the famous and renowned architect Janusz Ingarden. Its construction began in 1978 and was completed in 1989 - it was one of the most modern buildings in Kraków then. The hotel had been operating for 14 years until it was closed in 2002. According to the official data, the reason for its shutdown was the unreliable technical condition and errors in the construction of the building, which could lead to the flooding of the basements. The building does not function nowadays, except for separate premises, which are rented for various needs.

The building is located in the center of the city right on the bank of the Vistula River. The residents and tourists of the city of Krakow can see that the building serves as a huge billboard for advertising nowadays, probably the biggest in Poland. And in our opinion, this looks really sad.

For this reason, our team has decided to depict how this building could become a potential decoration for our city. We tried to preserve the original architecture of the building while working on this project. Only minor changes have been applied. The only major change was the redesign of the windows. We decided that since the hotel offers a stunning view of the Wawel Castle and the historic center of Kraków, it would be a good idea to install panoramic windows so that visitors could enjoy this view during their residency. We also decided to use the rooftop space of the hotel, as it had no use even during the operation of the hotel. It seemed to us that the roof would be a perfect place for a restaurant. It could become a popular meeting place for friends and a very attractive place for tourists.

There are a Ferris wheel and a balloon next to the building at the moment, but it seemed to us that in the context of this design, these elements would not look quite properly, therefore, they are removed in our visualizations. In addition, the balloon could obscure the view of the city from the hotel building.

We would like to thank you for your attention to this project. We hope that you enjoyed our fantasy and who knows, perhaps, it will become reality one day? 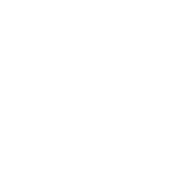 We are using cookies in order to provide you with the best experience on our site. By continuing to interact with this website you are agreeing to the use of cookies